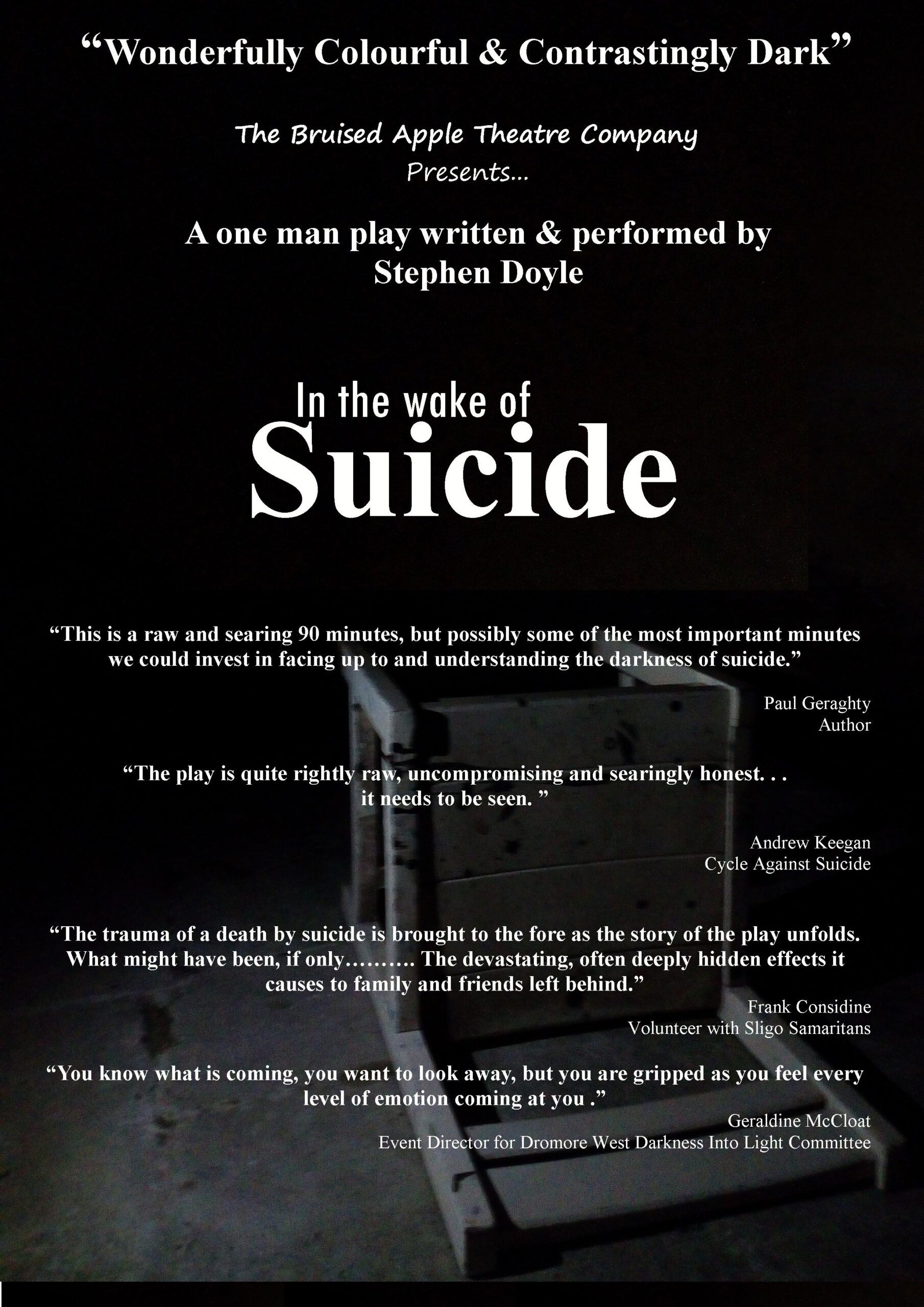 “Suicide is like a tornado that rips the rooftop off your family home, leaving nothing but destruction in its wake, scattering everything that is dear to you for miles on end…”
In the Wake of Suicide is a powerful one-man theatre performance, written and performed by Stephen Doyle. This production is a hard hitting, honest, no-holds-barred, portrayal of the devastating impact of suicide, reflecting the highs and lows of life, and the brutal reality of the ultimate choice made by so many. It takes the audience on a journey both wonderfully colourful and contrastingly dark, causing us to feel the final blow all the more.
Following the lives of four friends, we are invited into their world to journey with them through a snapshot in time. Will, an aspiring jazz musician, has the potential to achieve wonderful things, whilst his father – a rock to Will’s friends during their teenage years – bears a heavy cross in life which, eventually, causes all their lives to unravel and shatter. The tragic events that unfold are as shocking as they are unexpected, with twists and turns in abundance.
In the Wake of Suicide encourages people to talk, reach out, acknowledge and realise the reverberating destruction caused by suicide. Through its gritty portrayal, it hopes to discourage people from carrying out the final, desperate act of suicide, and encourages them to reach out to the various wonderful organisations which offer support, as well as seeking guidance and help from the people around them. Almost 800,000 people die by suicide every year across the globe. It’s time to talk about suicide…
Stephen’s outstanding performance gained hugely positive feedback from his audience, with raving reviews provided by representatives for the Samaritans, Cycle Against Suicide and Darkness into Light, to name a few.