Artists’ Residency Programme
The Artists’ Residency Programme is the most effective ways we support the creative development of new work whilst advancing various stages of the artists career. Residencies provide the inspirational force for many other programming strands engaging diverse activities such as research and development; creation and experimentation; context, collaboration and participation; exhibition and documentation; archiving and publication and finally promotion and marketing.

Creative Exchange: Research & Collaboration Residency (LSC & The Glens Centre)
A joint initiative of Leitrim Sculpture Centre and the Glens Centre, Manorhamilton, this new residency programme supports artists from different artforms wishing to conduct interdisciplinary research and collaboration together. Fostering creative exchange between the visual and performing arts the residency attracts visual artists, musicians, actors, photographers, writers, dancers, designers, architects, video & filmmakers and digital media artists wishing to collaborate together on developing a new project and/or range of approaches and skills in advancing their respective practices. LSC and the Glens allocate up to two awards each year with an Open Call in Feb. The aims of this research residency are to:
• foster and develop dialogue, exchange & collaboration across different artforms
• advance creative practice through mutual support and interdisciplinary learning
• seed the creative development of new public works of excellence and innovation
(LSC and the Glens offer up to 2 collaboration awards per year at €3,600 each (= €1,800 per artist). Residency period 4 weeks; Open Call in February each year; Funded by the Arts Council and Leitrim County Council) 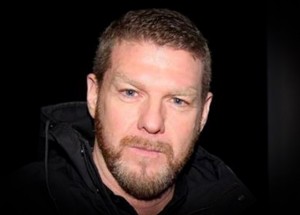 Michael’s first book, “All Souls”, was a New York Times bestseller, and was followed by “Easter Rising” – he is currently working on a third volume of his memoir.

While in Manorhamilton, Michael will work with a group of men from Leitrim and Fermanagh, hosted by the North Leitrim Men’s Group in Manorhamilton, with cross border visits. He will deliver a 5 week project called “We Are Strong” after the song by Manorhamilton’s favourite singer songwriter, Damien Dempsey.

Brought up in Boston and now living in Brooklyn, Michael’s roots are in Donegal and Kerry. As well as working with the Men’s Group he will be writer in residence at the Glens from mid May to mid June and will take part in events and do a reading from his own work. He will also work on his own writing. “I am excited about anchoring myself in Leitrim in May and June,” he says. “My next book is non fiction set in the traumatized urban world of poverty, violence and substance abuse which I come from in America. But I also “come from” rural Ireland, as my family is from Inishowen Donegal and Cordal, Sliabh Luachra in Kerry. For much of my adult life, the rural landscape, culture and people of Ireland have inspired my bigger-picture perspective and pay-it-forward ethos, which continues to be a source of resilience and healing for me.” 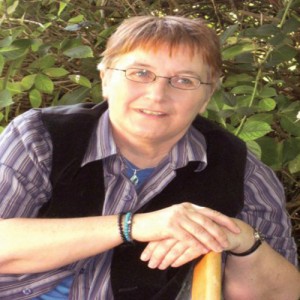 Joni Crone trained with Directors from Dublin’s Focus Theatre writing her first play It’s Not a Tragedy in 1986 with Raised Eyebrow Theatre Co. and in 1987 Like Hedgehogs, Very Carefully. In 1988 she wrote Anna and Her Sisters about Anna Parnell and the women of 1916; 1990s three seasons as scriptwriter with RTE’s Fair City and the children’s series The Morbegs. During her residency, she wrote the biographical play Anna Livia Lesbia which toured Ireland in the Summer of 2017. 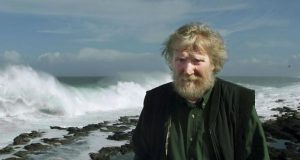 Dermot Healy was born in Finea, County Westmeath, in 1947. His prose books include Banished Misfortune (stories), The Bend for Home (memoir), Fighting with Shadows, A Goat’s Song and Sudden Times (novels) and Long Time, No See (2011). He wrote and directed plays, including The Long Swim, On Broken Wings and Mister Staines, and wrote the screenplay for Our Boys, directed by Cathal Black.

Dermot Healy won the Hennessy Award (1974 and 1976), the Tom Gallon Award (1983), and the Encore Award (1995). In 2011, he was shortlisted for the Poetry Now Award for his 2010 poetry collection, A Fool’s Errand. Long Time, No See was selected for the International IMPAC Literary Award, the world’s most valuable literary award for a single work in the English language, by libraries in Russia and Norway. As a member of Aosdána Healy was also part of its governing body, the Toscaireacht. Dermot Healy lived in Ballyconnell, County Sligo, where he founded and edited the literary journals The Drumlin and Force 10.

Upstart! is for up and coming young writers based in the North-West of Ireland. 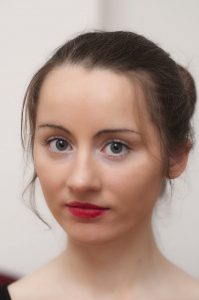 Miriam Needham is a Lecoq-trained theatre-maker from Manorhamilton. She has worked as a performer Blue Raincoat, Branar, Splodar, Emerald Isle, the Hawks’ well, and Helium Arts. She has also written and performed her own work, such as Pinhole (Moving Bodies Festival, 2016) and Love Underwater (Scene+Heard 2017). As a facilitator she has worked with Jigsaw Youth Advisory Panel, Moontour, Foróige, and Óga Yoga. She sometimes volunteers as a performer and facilitator with The Flying Seagull Project, a charity that bring play and laughter to children in refugee camps through clowning, circus, music and magic.
Apart from theatre, her other great passion is yoga and meditation – however she finds that theatre and yoga are not that far apart: both use the present moment and movement to create connection and facilitate healing.
She is fluent in Irish and also speaks French and Spanish. Her love for languages and the spoken word drove her to spend two years studying Physical Theatre at Ecole Jacques Lecoq in Paris, where she discovered the most interesting mode of communication there is: the universal language of the body!
The Glens Centre
The New Line
Manorhamilton
Co. Leitrim