On 24th October we met for the last in this series of six art workshops for children. By the second evening there was a regular group of 12 or so who attended nearly every week. We kicked off with a chat from local wildlife expert Fiona Wheeldon and each child chose a migrant bird that they would learn more about and use as the basis for a mask, marking on a map the journey their birds make during each year’s migration. As the weeks progressed we also looked at videos about refugees – comparing why birds fly thousands of kilometres each year, and why humans feel the need to leave their home countries to seek a life elsewhere. The children tried collaborative model-making using only gestures and signs to get a feeling for trying to join a group when you don’t know the language.

Having made their masks using plaster, papier mache and paint,  some of the children wore their bird masks in the Halloween parade. 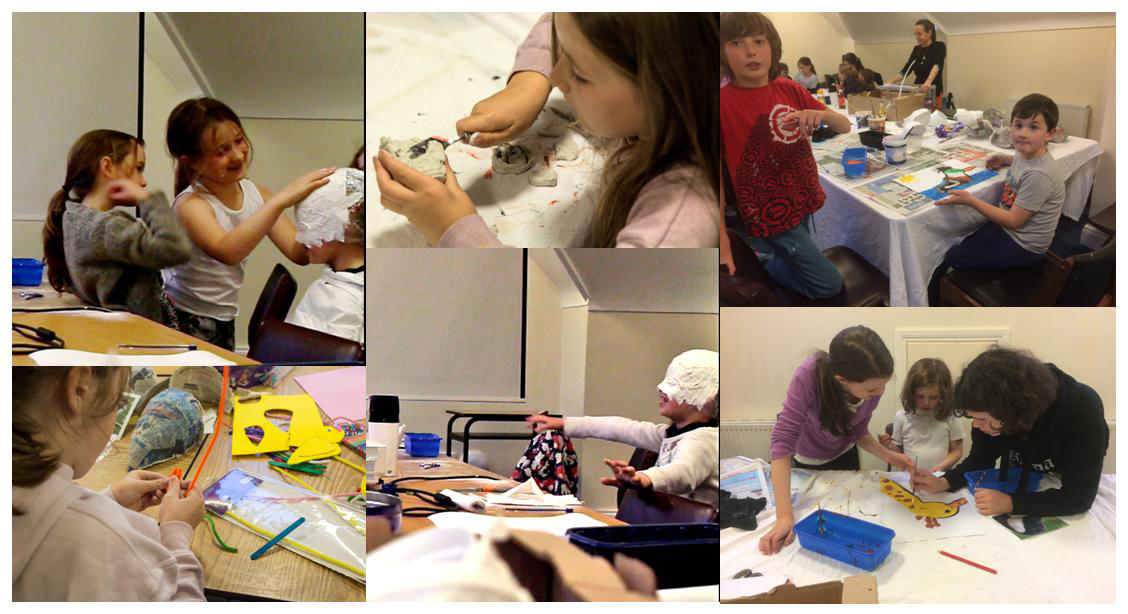 After some discussion about the difference between what we want and what we need, they made models of the items they would take if they had to leave home with only what they could carry. To house these models we made ‘rooms’ from cardboard and each child drew an ideal room – combining them all to make a crazy house!

I was very lucky to have local artist Sorcha Kelly assist with most of the workshops, which made a lot of difference, enabling more one-to-one time with the children, and different ideas and input.

On the last evening I did a couple of photos of each child in their mask, and asked them what they had liked best about the workshops. It was a pleasure to find that one boy has discovered a love of drawing, while several said how much they had enjoyed doing something for fun, and the atmosphere of the group, which was continually friendly, peaceful and co-operative.

We are planning to mount a small exhibition in the Glens Centre, sometime soon, to show much of the work made for this project. 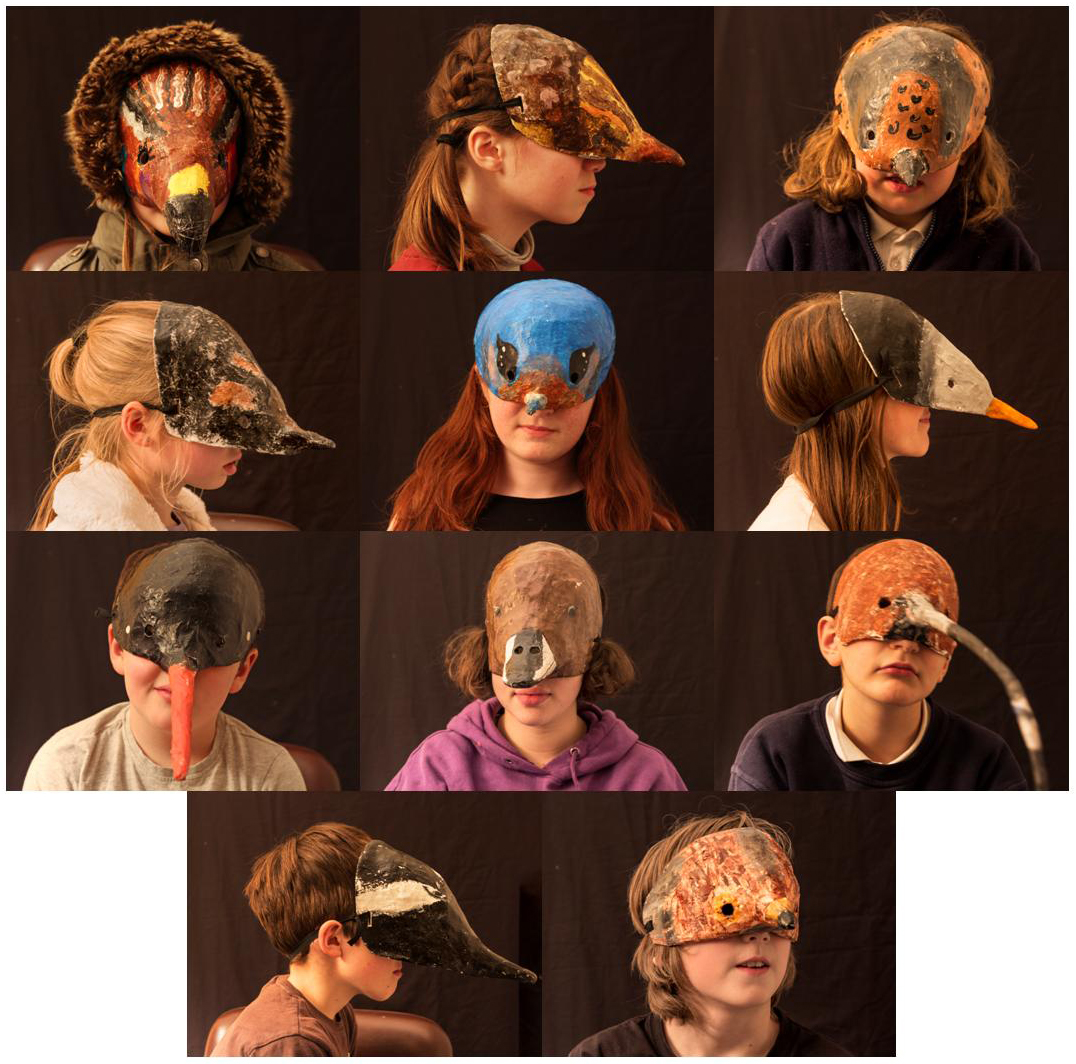