THE GLENS SESSIONS
Exploring music, song and dance within local place and tradition 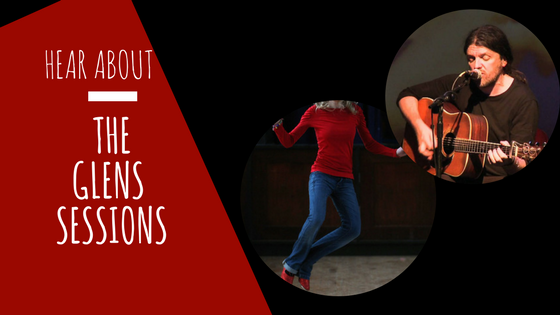 The Glens Centre presents The Glens Sessions, which will start on Friday December 1st to Sunday December 3rd 2017. Three nights of some of the best of local music, song and dance exploring local tradition and how music takes its shape and sound within a landscape and through time. Presented by Vincent Woods, the three main concerts will feature interviews and discussion of musical styles, influences and inspiration, and consider how the tradition is changing, renewing and adapting. Most of all, though, this is a weekend to celebrate the power of the local, the unique musical styles of North Leitrim, extending south and north, crossing borders, honouring the past, shaping the future. The Glens Sessions is supported by the Arts Council’s Deis Awards and by Leitrim County Council.

A rare gathering of some of the finest local musicians: Dave Sheridan from Killargue, local legend and national star, music teacher, composer and brilliant multi-instrumentalist – flute player, pianist, whistle and accordion; Seán Gilreane from Ballinglera, hugely talented flute player and man of music. He runs the Ballinaglera Traditional Music Weekend and was the guiding force behind the XX of John McKenna; Tommy Guihen, who grew up near Arigna and Tarmon and is acknowledged as one of the great flute players in the tradition of John McKenna. His first album, ‘The Torn Jacket’ was released this summer; Edwina Guckian from near Drumsna, a fine musician but best-known and celebrated as a dancer and choreographer, setting up the dance club ‘Sean Nós ar an tSionainn’, bringing many international dance professionals to Leitrim and fostering a new generation of young dancers.

Michael O’Brien, accordion player from Creevelea is a legend in local music. He played with Joe Lacky Gallagher, Seamus Horan and many other great local musicians and is a living archive of knowledge on local musical history and tradition. He will be joined by his son, Damien (fiddle), Oliver Loughlin (accordion), both of whom are renowned musicians who carry on a local tradition and make it new, by Michael’s old friend and musical companion Harry McGowan (flute), and maybe one or two others. Mick Moloney, distinguished musician and Professor of Music and Irish Studies at NYU is a great admirer of Michael O’Brien and his music and will add his words to the many that will be spoken on the night.

At 1pm join  Lorraine Sweeney and Friends for a session in Glencar Tea Shed.
At 8pm join Rosie Stewart & the McKeaney Sisters; and Seamie O’Dowd in The Glens Centre!

The McKeaney sisters from Fermanagh – Rosie, Kathleen, Anna, Mary and Peggy – carry a rich legacy of songs and music from their home county, with strong influences from Leitrim, and sing in their own distinctive style shaped out of place and family tradition…Rosie is a celebrated solo singer, with albums ‘Farewell to Garrison’ and ‘On The Leitrim Mountainside’ and together the sisters have recorded an album ‘From The Hearth of Glen’.
Seamie O’Dowd comes from a family of musicians who explored and expanded the musical styles of Sligo and Leitrim. A brilliant solo player – fiddle, guitar, banjo, mandolin, bouzouki – Seamie is also a fine singer and has performed with groups including Dervish, with Máirtín O’Connor and Cathal Hayden and with Drumkeeran-born singer Mary McPartlan. Albums include A Handful of Echoes and Wood & Iron.