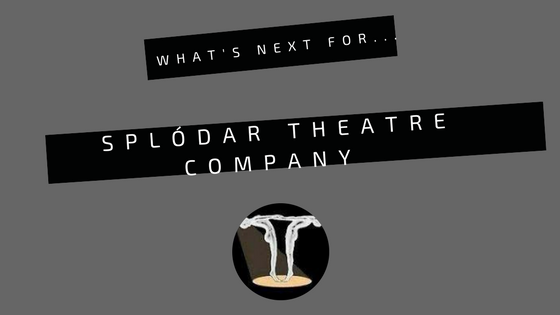 Hear from Prin Duignan, director of Splódar Theatre Company about their recent tour of Anna Livia Lesbia & what performances they have coming up next!

The recent performances of Joni Crone’s play Anna Livia Lesbia were especially gratifying for Splódar Theatre Company’s cast and crew. This brand new work , the result of the author’s term as writer in residence in the Glens Centre, having gone through the process of research, reflection, writing and rewriting was rewarded with success in the four venues where the play was staged. Indeed the audience reaction to the production was unprecedented in Splódar’s experience. Each performance was greeted with a standing ovation and the cast was taken totally by surprise on two occasions, firstly in Dublin where the audience joined in the singing of the concluding song I am what I am and then in Galway when a couple of patrons audibly voiced their approval of particular sentiments expressed in the play!

Splódar are very appreciative of the support of the Glens Centre in their aim of developing and producing new work in both Irish and English and this policy continues with the upcoming productions of Manorhamilton native Gerry Farrell’s new play The First Protestant which will be premiered at the end of October. Then early in November, an adaptation in Irish of the second and third chapters of Joyce’s A Portrait of the Artist as a Young Man will be performed at the Oireachtas festival in Killarney. Incidentally, Patrick McEneaney is currently touring Splódar’s Young Stephen. Watch out for him at the Allingham festival in Ballyshannon and the Ben Kiely festival in Omagh.