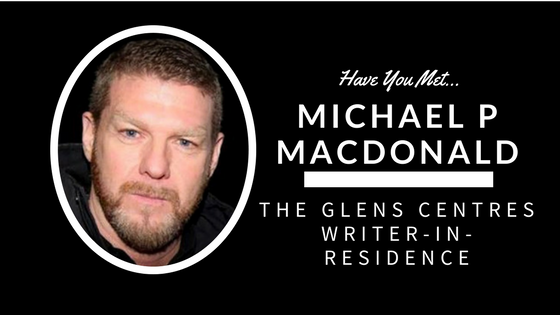 Have you met our incredible writer-in-residence Michael Patrick MacDonald yet?

Michael is the author of the New York Times Bestselling memoir, All Souls: A Family Story From Southie and Easter Rising: A Memoir of Roots and Rebellion. He has given over 300 campus lectures as his works are frequent “First Year Experience” selections at colleges and universities throughout the country. He has been awarded an American Book Award, A New England Literary Lights Award, and a fellowship at the Rockefeller Foundation’s Bellagio Study Center. 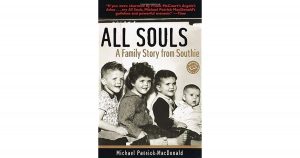 All Souls: A Family Story from Southie by Michael Patrick MacDonald

MacDonald grew up in the Old Colony Housing Project in South Boston, a neighborhood that held the highest concentration of white poverty in the United States. After losing four of his eleven siblings and seeing his generation decimated by poverty, crime, addiction, and incarceration, he learned to transform personal and community trauma, becoming a leading activist, organizer, and writer. His efforts have built diverse, class-conscious coalitions to reduce violence and promote grassroots leadership from within the communities and families most impacted.  He co-founded Boston’s first Gun Buyback programs as well as local support groups for survivors of poverty, violence, and the drug trade.

At Northeastern University’s Honors Department, he serves as Professor of the Practice, teaching his curricula: “Non-Fiction Writing & Social Justice Issues” and “The North of Ireland: Colonialism, Armed Resistance and the Ongoing Struggle for Peace with Justice.” Next  year he will lead a “Dialogue of Civilizations” to the North of Ireland with the course, Redemption Songs: The Role of Our Stories in Restorative and Transformative Justice. Beginning in Boston, students will witness local restorative justice efforts, before going to post-conflict Derry & Belfast in the North of Ireland, where survivors of “The Troubles” are leading the call for a Truth and Healing process. The role of personal story, arts, expression and witnessing will be central to the course.

Macdonald’s community-based writing and healing curriculum, The Rest of the Story is currently used with survivors of homicide victims at The Louis D Brown Peace Institute in Boston. The goal of the curriculum is to help victims and survivors use writing and storytelling to transform trauma to voice and agency. The curriculum was piloted in 2015 at Crittenton Women’s Union, with women who were transitioning out of poverty. In 2017, The Rest of the Story will be used with young people in East Boston facing gentrification and displacement, as well as with Massachusetts survivors of loss to the opioid epidemic.

MacDonald has been a contributor to The Boston Globe’s Op Ed page and a Senior Contributing Editor for the Schuster Institute for Investigative Journalism at Brandeis University for work on the 40th Anniversary of desegregation/Busing in Boston. MacDonald has accepted the position of Senior Fellow at the Center for Peace, Democracy and Development at the McCormack Institute for Social Policy and Global Studies. In the summer he teaches “Storytelling & Global Justice” at Harvard University Summer School.

He is currently working on his third book, which utilizes his trademark storytelling narrative to reveal issues of generational trauma & painkilling in working class and poor communities.

Micheal will be here with us until mid-June. He is currently hosting writing work-shops in Heragthys Bar, Manorhamilton every Tuesday night from 7.30pm onwards.

You can also meet him at the Coming Home: One Man’s Return to the Irish Language book launch on Wednesday the 7th June right here in The Glens Centre!